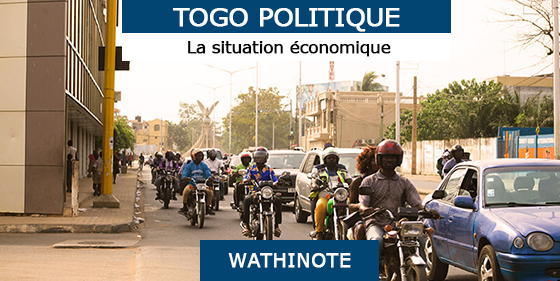 The launch of the 2018-2022 National Development Plan (NDP) – whose primary objective is to transform the country into a regional hub for logistics, finance, and tourism hub – will make the tertiary sector (ie: service sector) the main contributor to growth in 2019, particularly through the development of logistics and transport via improvements to the port of Lomé, and air transport.

In addition to being targeted under the NDP’s second action area (which calls for the creation of agri-food hubs), the agricultural sector is also set to benefit from the impact of the National Programme for Agricultural Investment and Food Security (Programme national d’investissement agricole et de sécurité alimentaire, PNIASA) carried out between 2012 and 2015, with an increase in yields, particularly in cotton and cocoa production. These productivity gains – along with the development of extractive activities, which are also covered by the second action area of the NDP – will contribute to the growth of the primary sector (ie: agricultural and raw material sector), which constitutes 30% of GDP.

Nevertheless, these efforts still seem insufficient, considering that the country is just 137th in the world according to the Doing Business 2019 rankings and its governance gets a poor rating from the World Bank

The social component of the NDP (third action area) will be supported from 2019 by public expenditure, with 45% of the budget earmarked for fighting poverty and promoting inclusion, with the ultimate objective of creating 500,000 jobs. These measures, combined with low inflation and increased yields in the agricultural sector (which accounts for 60% of employment), should spur brisk growth in private consumption (nearly 80% of GDP).

Overall investment is expected to make a significant contribution to growth in 2019, due to the launch of NDP-related projects, two thirds of which will be private and one third public. Past investment in the agricultural and extractive sectors, as well as the expected recovery in some trading partners, notably Nigeria, should allow export growth to exceed import growth, which will remain more contained, generating a net positive contribution to growth from the trade balance.

Sociopolitical instability but continuity of power

The results of the December 2018 parliamentary elections were mixed for President Faure Gnassingbé, who has been in power since 2005 after succeeding his father Eyadéma Gnassingbé (president from 1967 to 2005). Despite the absence of the opposition, who refused to participate in the elections, his party lost 3 seats, which could complicate the change of constitution, as requested by President Gnassingbé. The elections saw the resurgence of social unrest, which had previously formed in the summer of 2017 before being quickly and violently repressed.

Overall investment is expected to make a significant contribution to growth in 2019, due to the launch of NDP-related projects, two thirds of which will be private and one third public

The government’s efforts to reduce debt, consolidate public accounts, and develop the country’s attractiveness have achieved visible results, with Togo coming in the top ten most reforming countries for the business climate, and offering a more favourable environment than the regional average according to the Doing Business 2019 rankings. Nevertheless, these efforts still seem insufficient, considering that the country is just 137th in the world according to the Doing Business 2019 rankings and its governance gets a poor rating from the World Bank. As a member of various UN and AU peacekeeping missions, Togo also wishes to play a role in improving security on the continent.