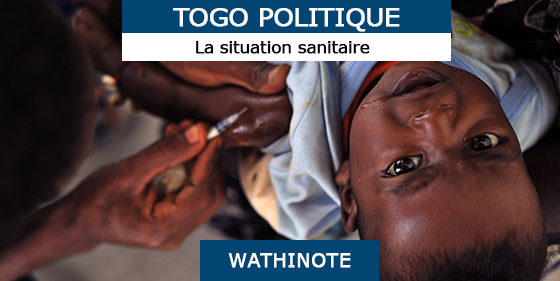 Despite significant gains on basic health indicators, Togo’s health system remains fragile. Striking health-care workers have sought better working conditions and technical platforms as well as better salaries. Critics have also challenged the system’s governance, but solutions proposed by the government have not convinced its social partners. Union leaders acknowledge that management outsourcing may bring improvements at Togo’s largest health facility, the Centre Hospitalier Universitaire Sylvanus Olympio, but they also insist that investments beyond good governance are needed to bring the system up to par.

Three-fourths (76%) of Togolese say they went without needed medicine or medical care during the 12 months preceding the survey, including 36% who say this happened “many times” or “always.” Poor and less-educated citizens are particularly likely to lack health services

In the most recent Afrobarometer survey in Togo, citizens clearly express their dissatisfaction with health services in their country. They cite health as one of their top priorities for government action and give the government poor marks for its performance in the sector. Meanwhile, fully three-fourths of Togolese report having had the experience of going without needed health services during the past year.

Rural residents are more likely than urbanites to lack health services (80% vs. 70% at least once), and middle-aged respondents more frequently report such deprivation than youth or elders.

On another indicator of service quality – the time it took to obtain needed care – almost two-thirds of Togolese say they received services “right away” (24%) or “after a short time” (40%). One in three (34%) say they had to wait “a long time,” and 1% say they “never” received care.

On another indicator of service quality – the time it took to obtain needed care – almost two-thirds of Togolese say they received services “right away” (24%) or “after a short time” (40%). One in three (34%) say they had to wait “a long time,” and 1% say they “never” received care

Geographic access may be one concern for people who say their ability to obtain care has not improved. Afrobarometer survey enumerators were asked to record the presence or absence of a health facility in each sampling area they visited, or within easy walking distance. In Togo, six in 10 respondents (61%) had a nearby health clinic. This is slightly better than the average (57%) across 34 African countries surveyed in 2016/2018, but lower than in the two previous surveys in Togo (69% in 2012, 70% in 2014).

Urban residents (70%), citizens with no formal education (68%), and poor respondents (71%) are particularly likely to be critical of the government’s performance on health care. Only among economically better-off Togolese does a slim majority (52%) think the government is doing at least “fairly well”.

For Togolese citizens, getting better health services is a high priority. Many average citizens, not to mention those who are poor or less educated, are going without needed health care. And only one in three citizens think their ability to get care when they need it has improved in recent years. Given these experiences and perceptions, it’s little wonder that people are growing increasingly dissatisfied with the government’s performance on health care.